The store will not work correctly in the case when cookies are disabled.

We use cookies to make your experience better. To comply with the new e-Privacy directive, we need to ask for your consent to set the cookies. Learn more

Skip to the end of the images gallery 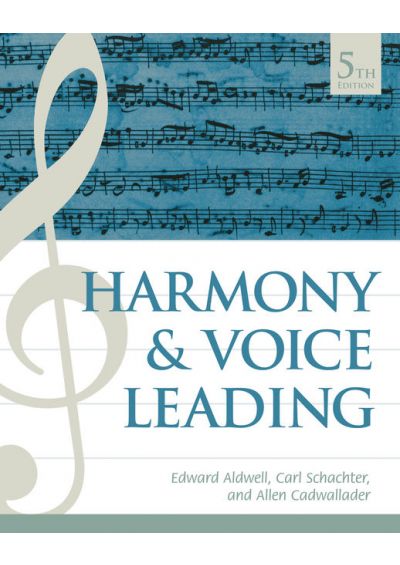 Skip to the beginning of the images gallery

$130.00
ISBN
9781337675345
Add to Wish List Add to Compare
Details
A clear and accessible volume spanning the entire theory course, HARMONY AND VOICE LEADING, 5th Edition, begins with coverage of basic concepts of theory and harmony and moves into coverage of advanced dissonance and chromaticism. It emphasizes the linear aspects of music as much as the harmonic, and introduces large-scale progressions--linear and harmonic--at an early stage. In the fifth edition, starting with Unit 4, the upper- and lower-case system of Roman numeral analysis has been incorporated to facilitate students鈥?recognition of chord quality. In addition, Schenker's notion of linear progressions--an important concept in later, more advanced work in tonal analysis--is informally introduced in Unit 11. Available with MindTap Music, which includes the ebook with audio examples, Guided Listening Exercises for many units, quizzing and PDFs of the workbook exercises.